Some Juxtapositions about the New Boat People

Some facts, that of themselves are not really contentious:

But what to conclude from END_OF_DOCUMENT_TOKEN_TO_BE_REPLACED 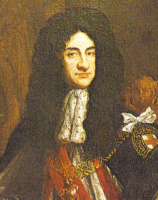 When I first heard that people were comparing the Robbins-Weyand Deal to the Treaty of Dover[1], I thought it was a bit over the top.

But as event have unfolded, it seems, if anything, a mild comparison. Continental Europe has made little attempt recently to hide that it regards the deal as carte blanche to:

It is unreal. The country voted for a clean break from Europe in a People’s Vote. Trade with Europe is a relatively small and fast reducing element in the UK’s economy. How on earth did we end up with END_OF_DOCUMENT_TOKEN_TO_BE_REPLACED 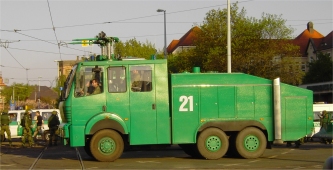 It is really quite likely that there will be riots on the streets of London in about six months’ time.

As I write this, the Brexit saga is on course for a clean break, on the basis that the Robbins-Weyand draft deal is likely to be voted down in the House of Commons, and there is no majority for anything else in particular. The EU, and their fellow travellers in the UK, are likely to be hopping mad. The UK, free to compete with the EU without all of the financial and regulatory burdens which apply within the EU, represents a real threat to them. The last thing they want is for an economically-liberated UK to be free to enter trade deals with the rest of the world. And they have managed to persuade a large swathes of flopsies in the UK that there is something VERY BAD about this sort of freedom.

It is possible, of course, that the EU will somehow manage to derail the whole of Brexit, perhaps by delaying it for a year[1] (“that will be another £10 billion thank you, you stupid, merde Rosbifs”) in which case, the majority of the UK electorate, which voted to break free of these ghastly bureaucratic parasites in a binding people’s vote back in 2016, will not be happy bunnies.

It has been a while since there have been decent riots in London. Global warming has not really arrived, but nevertheless, the likelihood is that there will be a nice warm weekend next summer in which large numbers of people will come out onto the streets of London, providing decent cover for those that Donald Trump calls BAD PEOPLE, and they will start smashing up shops and businesses, not to mention any people who take a different view.

Now what you need in these circumstances is two or three Ziegler Wasserwerfer 9000s[2]. These water cannon don’t really hurt people[3], but they do make them cold and wet. And by and large, the flopsies don’t like getting cold and wet, and so with the assistance of END_OF_DOCUMENT_TOKEN_TO_BE_REPLACED 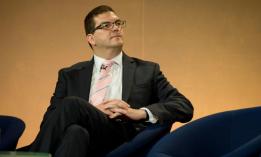 If reports are true, Tony Blair is even more ghastly than we thought. He has apparently praised Ollie Robbins[1] for deceiving the Cabinet about the true nature of his Robbins-Weyand deal[2] before then encouraging the Labour Party to reject it. Blair has apparently[3] said:

I take my hat off to Olly Robbins, Olly is a very skilled guy, the elaborate camouflage of all the different points is a tribute to the skills of the British civil service, I say that sincerely.

This deal isn’t a compromise, it’s a capitulation.

The withdrawal agreement will keep us tied to EU trade policy until there is an end established by ‘joint consent’ – in other words, the EU has a veto.

It is coated in heavy fudge, but that is the inedible biscuit beneath the coating.

All this does rather suggest that getting rid of Ollie END_OF_DOCUMENT_TOKEN_TO_BE_REPLACED

A Continental Victory? Not so fast! 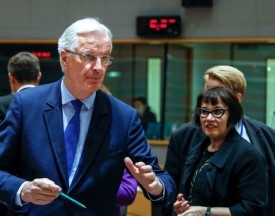 Michelle Barnier and Sabine Weyand have done an excellent job of outmanoeuvring the British civil service at every turn in the Brexit negotiations. On behalf of the EU, they have conceded virtually nothing, whilst extracting more or less complete surrender from the UK side.

They have confidence on their side, of course. The EU always wins. Whenever any vote goes against them, they simply have it reversed.

It is fair to say that they’ve had the wind behind them, in the sense that the British side has been led by Ollie Robbins, a committed Europhile[1]. The negotiations might have been harder if the rug had not been pulled out from under David Davies and then his successor Dominic Raab. Whenever it looked like either of those Brexit secretaries would put up any opposition to EU demands, number 10 grabbed the reins from their hands in order that Robbins and Weyand could make the agreement they both wanted. Philip II of Spain would have succeeded in his Spanish Armada if the British Navy had been commanded by END_OF_DOCUMENT_TOKEN_TO_BE_REPLACED 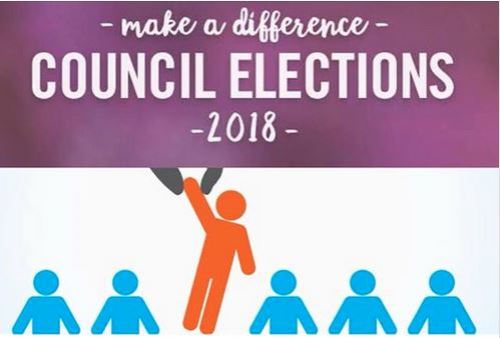 If you have a vote, and have not yet cast it, now is the time to do it. The issue that most people care about is dogs: who is most likely to roll back the ridiculous anti-dog by-laws that we have recently been suffering from?

In Field Ward, Leon Zarins will get my top vote as a dog-lover. You have to vote for 4 candidates. So for me, that is:

So – Olsson certainly does not get my vote!

In Light, you would probably want to go:

With a bit of luck, enough dog lovers – or just people who recognise that the wishes of most residents should prevail over the demands of a few activists – will get elected, so that END_OF_DOCUMENT_TOKEN_TO_BE_REPLACED 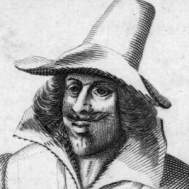 Today, Englishmen celebrate the thwarting in 1605 of Arch-Remainer Guy Fawkes, who attempted to frustrate English independence from Europe by blowing up Parliament. We do this, as we have for the last 5 centuries, by letting off fireworks on the evening of November 5th each year. A simple pleasure now constrained, ironically,  by EU Directive 2103/29/EU.

This quiz question is multiple choice. How many words are there in this Directive?

As usual, no prizes other than PIA.

I sometimes attempt The Times crossword puzzle. Sometimes I finish it; more often I do not. So I was quite pleased to finish each of the last three days’ puzzles. 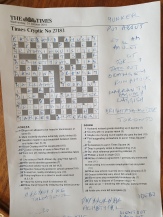 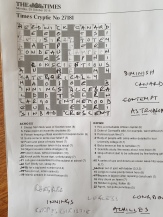 Some people think they are a waste of time. On one analysis, of course, they are. But there are so many divergent problems in the world: it does seem to be soothing to solve a convergent problem from time to time.

27181 was moderate. I had to look in the dictionary to see that HERDWICK is a sort of sheep. 27182 was not too bad. 27183 was really quite hard, I thought. If I ever knew, I had forgotten that BASEBAND is a technical term for a radio frequency. I had to check an atlas to see that ORAN is a North African city. And I needed the dictionary again to see that to TORREFY something is to dry it.

It is possible to do these puzzles on line.  But I print them out, partly because END_OF_DOCUMENT_TOKEN_TO_BE_REPLACED

Filed under News from at home, Pointless News, Uncategorized