There must be, I guess, some sort of prize out there for the person in the world with the most chutzpah. How else to explain that Al Gore, the man responsible for the disgraceful An Inconvenient Truth, is up for a sequel!

For a few moments, An Inconvenient Truth looked to many people like a serious piece of work. But then people started fact-checking it. It is riddled with errors, and the internet is full of debunking analyses; see for example, The Daily Caller, The Blaze, NewsBusters, Natural News. More authoritatively, the High Court in London declared it seriously flawed as “not supported by current mainstream scientific consensus.” The Artic has nor melted, nor have the snows of Kilimanjaro, and extreme weather events are down, not up, with no runaway global warming.

Still, Gore has made himself a very rich man. His net asset value has gone up from about $1m[1] to some $200m, having recently sold about half of his holding in Apple.

One of Gore’s rabbits has been Michael Mann, the inventor of the now-discredited “hockey stick” – the graph that attempted to hide the fact that it was hotter in Medieval times than today. Mann had a rough time this week in END_OF_DOCUMENT_TOKEN_TO_BE_REPLACED

The Life of a Pixie

So. The Poison Pixie is upset.

Ever since I was a child, when my father used to take me to the local motor racing tracks – Brands Hatch, Crystal Palace and Silverstone, I have had an interest in motor racing. My father had kept pretty much every copy of Motor Sport from about 1950 to 1961, and I read them avidly; there was a time when I could have told you which driver had won which Grand Prix during that period.  I had a collection of model racing cars which I used to test around the bath, the shallow end of which was my personal Parabolica. And of course, my father bought me a Scalextric set; my first two cars were BRM and a Vanwall.

In those days, motor racing was quite stylish, quite unlike now when it has a distinctly yobbish characteristic.

One of the more annoying things is that END_OF_DOCUMENT_TOKEN_TO_BE_REPLACED

There has been some interesting archaeology coming out of Orkney, and particularly the Ness of Brodgar, recently. And some evidence that Orkney might have been at the cultural centre of Britain a few thousand years ago. Developing the technology that led to Stonehenge.

But why? It’s frigging freezing there!

But here’s the thing. In those days it was quite a bit warmer. Much warmer than today. So quite pleasant.  Despite what the bat-shit crazy neo-religious scare mongers are trying to tell you, the ice core data from Greenland (quite a good proxy for the Orkneys) tell us that the Medieval Warm period (when mankind flourished) was warmer today. And the Roman period (when mankind flourished) was even warmer than that. And the Minoan period END_OF_DOCUMENT_TOKEN_TO_BE_REPLACED

Tagged as Ness of Brodgar

According to the United Nations, Norway is the happiest country in the world, edging out previous winner Denmark and third placed Iceland. The UK was 19th happiest out of 155 countries. Not bad. Of places with decent weather, Australia led the way at 9th.

But here is the thing. The top three all have quite high suicide rates.[1] Much higher than the UK. Which stands to reason, in a macabre sort of a way: if the most miserable people in any population commit suicide in substantial numbers, then those who are left will be, on average, less miserable. END_OF_DOCUMENT_TOKEN_TO_BE_REPLACED

An Anthropomorphic Flight of Fancy

We are not hooded plovers.

But if we were? Would be prefer to picked up and petted like a stuffed toy?

And hounded by eager groups of the hoodie huggers[1]? 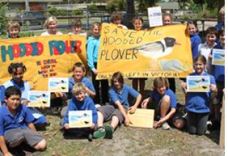 And have bands fixed onto our legs (they might look quite small bands to us.  But to a hooded plover, these things must be a real burden)? 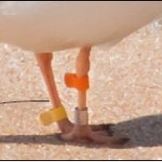 Well, the evidence is that, if you were a hooded plover, you would probably do a runner, back to Tasmania. There, it seems, foxes have been entirely or at least substantially eradicated since about 2011. And if you are a hooded plover, foxes are very bad news. The Parks & Wildlife Service report that END_OF_DOCUMENT_TOKEN_TO_BE_REPLACED

Dogs in the Local Paper

A local paper wants to talk about the Freedom for Fleurieu Dogs petition this Friday – 17th March 2017. They have in mind a photo on Myponga Beach.

Is anyone who supports this petition around next Friday? And willing to be included in a photo? 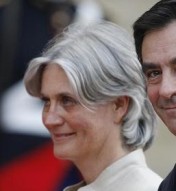 Francois Fillon remain in the French Presidentail race despite now being under formal investigation for embezzlement. Getting on for a million Euros of French taxpayer’s money went down the gurgler for apparently fictious jobs for his Welsh-born wife Penelope and their children.

The trouble for M Fillon is largely that, at the relevant time, Penelope was interviewed by the Sunday Telegraph. She said that she did not work for her husband. No. Not at all. Not her thing. And someone has dug out the recording of that interview. Hmm.

Now, Penelope Fillon is a clever woman and, like the original Penelope, famously loyal to her husband. So why would she say that?