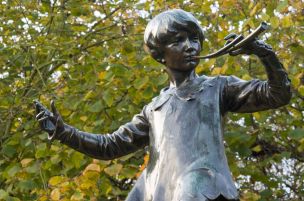 For a while, when I was practising in London, I had to put up with the bit of teasing from my professional colleagues on the Peter Pan front. I looked far too young, they said.

The criticism was unfair, I thought. The thing was, I really was far too young: it was no illusion. I started my law firm when I had only just turned 28 years old, and before very long, I and that law firm was doing some serious business. In those days, I was, generally speaking, much younger than my peers.

At no very obvious moment, all this changed. I am now much older than my peers in the law. I know this because I’ve started to feel a real sense of gratification about eating vegetables that I have grown myself in my vegetable garden. This must be a sign of age, even if END_OF_DOCUMENT_TOKEN_TO_BE_REPLACED

Filed under News from at home, Uncategorized 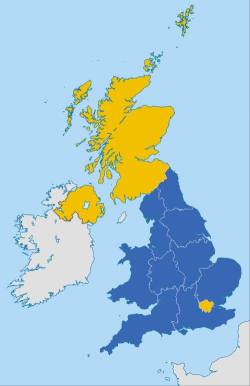 It does very much look as though the Remainers have got their strategies badly wrong concerning Brexit.

During the referendum campaign, the Remainers focused very little on the merits of remaining part of the EU, instead choosing to denigrate Brexiteers, and to try to instil a sense of fear about leaving the EU. That might well have worked in continental Europe, but the British people tend to be resistant to that sort of pressure. And so the Remainers lost.

As we head towards the Brexit date in March 2019, the Remainers are now focused on trying to make the Brexit process as difficult as possible, continuing to denigrate the Brexiteers and effectively saying that if you voted for Brexit, you are stupid. Again, the British people tend to dislike that sort of patronising treatment.

Again, I think this is likely to backfire. The more troubled the Remainers make the process of leaving, the more likely the British people are to think, “Sod it! Let’s just leave without any sort of deal with the EU!”. This is not, of course, entirely the fault of END_OF_DOCUMENT_TOKEN_TO_BE_REPLACED

Chutzpah is a Jewish word, and was rather neatly explained by Malcolm Turnbull a while ago as equivalent to murdering your parents, and then claiming sympathy because you are an orphan. So it is not entirely a surprise that the Jews are rather good at it, and appear to have entirely outmanoeuvred Jeremy Corbyn.

This is what has happened. A couple of months ago, Israel passed its nationality law, which is widely been condemned as racist.  Translated into English, it includes the following:

1a. The Land of Israel is the historical birthplace of the Jewish nation, and in it the State of Israel was founded.

1b. The State of Israel is the nation state of the Jewish nation, in which it realizes its natural, cultural, religious, and historical right to self-determination.

1c. The realization of the right to national self-determination in Israel is unique to the Jewish nation.

6a. The State will invest in ensuring the well-being of members of the Jewish nation, and its citizens who are undergoing difficulties or imprisonment due to their Jewishness or their citizenship.

6b. The State will work in the Diaspora to ensure the continued connection between the State and the Jewish nation.

7a. The State sees Jewish settlement as a national value and will work to ensure and advance its creation and establishment.

It is worth unpacking this a little. It is apparent from section 1(a) that the expression “Jewish nation” does not mean the State of Israel, but Jews collectively. By paragraph 1(c) the word “unique” makes clear that it is Jews, and only Jews, who are entitled to self-determination in Israel. Not the Arabs. Oh no. Just the Jews. Uniquely. By section 6 (a) the State of Israel invests in the well-being of Jews; there is no equality here for citizens of Israel who are not Jewish. The endorsement of the settlements at section 7 (a) not only discriminates in favour of Jews, it is plainly contrary to international law.