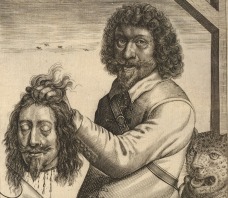 My great etc uncle Colonel George Fenwick was not only a soldier, but a member of the bar, and he was invited to sit on the bench which tried Charles I and condemned him to death. There were a few misgivings about the wisdom of regicide at the time, and Uncle George was not stupid. He declined to sit.

A new sort of regicide has developed recently in Australian politics. It is quite a while since a sitting prime minister has finished his term in office without being deposed by internal revolt, and the present incumbent (just) Malcolm Turnbull looks as if he is just about to go the same way. Interestingly, he has required the regicides to sign their names to a piece of paper before he walks to his political scaffold. As I write this, it seems that END_OF_DOCUMENT_TOKEN_TO_BE_REPLACED 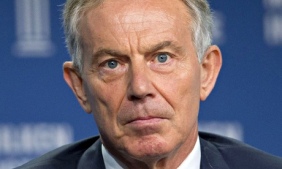 Brexit will means that up to 35% more British citizens will go to hell, instead of heaven, according to new research.

This startling revelation follows a poll of prayer results, which show that God has instructed St Peter to impose strict post-Brexit guidelines. Unless dying Brexiteers have repented, they will automatically be consigned to purgatory at the Pearly Gates.  Once there, they will face a lengthy wait until probate. Once their will has been proved, officials appointed by the European Court of Justice will assess whether they have bequeathed at least 40% of their estate to the the EU Officials Benefit Fund. If not, then consignment to hell is more or less automatic, subject only to a special asylum plea to the Pope.

Appointed to oversee the asylum process is former Prime Minister, Tony Blair.  Asked to comment on the new arrangements, he said, “Told you so”. Asked why he has hired Gerry Adams as his deputy, and insisted that all his new team must be either Irish or Liverpudlian, he added “That was Cherie’s idea”.

Current Prime Minster Theresa May said, “We are working with the Vatican to ensure a smooth transition to these new alignment regulations. It is vital, for our Brexit-for-Britain vision, to ensure a good working relationship with all our European partners, including Satan, and we must not discriminate against EU officials, whether they have horns and pointed tails or not. My whole team is committed to strong and stable government.”

In a rare lapse from his usual good manners, Jacob Rees-Mogg END_OF_DOCUMENT_TOKEN_TO_BE_REPLACED