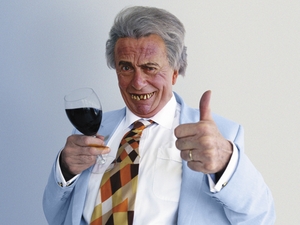 One may safety say that Sir Oliver Letwin has brought the same world-wide regard for the dignity and respect of the UK as Sir Les Patterson brought to Australia.

Which is … not a lot. What a plonker!

Letwin was one of the architects of the Poll Tax in the Thatcher years. You might or might not think the Community Charge idea was a good one as originally conceived (some small “buy in” by everyone into our community) but Letwin (then in government) was in the thick of fucking it up to the extent that it brought down a government.

He is not alone as an establishment plonker. Dominic Grieve is largely responsible for the persecution of Julian Assange (Grieve was then Attorney-General).

It is bizarre indeed that the flopsies seem to think that these ghastly people are somehow on the side of the good?